The predecessor of the present St. Joseph Orphanage was founded back in 1882 by the French Holy Ghost missionaries for boys only. The guardians of those boys not only took care of them, but also taught them different handicraft trades: they trained them to be carpenters and bricklayers.

In 1909, the Precious Blood Sisters settled in Bura, as well. They created a foster home and school only for girls. Recognizing the importance of supplying their own successors, the nuns taught the girls arriving to the home from the year 1928 how to take care of children. Later these girls became the first Sisters of Saint Joseph. By then, taking in both boys and girls, they founded the Saint Joseph Orphanage, which our foundation has been supporting since 2006.

THE LAYOUT OF THE ORPHANAGE

At present, multiple buildings belong to the orphanage, which in local circumstances are considered to be modern architecture. The younger children live in the main building, with the recently built bedrooms for the bigger boys and girls on its two sides. This way they can all study in a peaceful environment.

In the neighbourhood of the orphanage, we established a kindergarten, a place that not only the orphans but the children from the village can attend as well. The initiative came from the locals: they suggested finding a solution together so their children can be under trained supervision during the day while provided three meals a day, something that in Kenya is considered a scarcity.

So we transformed a storage room made of pisé (stiff clay building material) and slowly renovated it, adding a bathroom, dining room, and a kitchen. Additionally, in 2009, with the help of the Hungarian Embassy in Kenya, we were able to build a new room.

In 2011, the Sisters founded a primary school in the immediate neighbourhood of the orphanage; this does not institutionally belong to the Saint Joseph Children’s Home; however, our foundation aided in their furnishing it as well as assuming some teachers’ salaries, because the quality of their education is essential for the children’s future.

Later, with the help of Vodafone Hungary, we also constructed a playground.

Another part of the building is an apartment row made up from four smaller homes. In one part of it the staff resides while the other part is rented out. These apartments don’t meet European standards, as they only consist of a 1.5x2 meter (5x6.5 feet) living space without any comfort, and for bathing, water has to be carried from a nearby tap.

Besides the buildings, a mini-farm is operated, providing space for the domestic animals and a kitchen garden. In it they mostly grow corn, beans, cabbage, and fruits. The farm has chickens, pigs, rabbits, goats, and the cows provide milk sometimes for the whole orphanage. However, most of the milk gets sold in order to regularly raise some cash, even if not a large amount. All the children help out in gardening and taking care of the animals. The older ones get their own little plot to learn the basics of husbandry.

The orphanage has been under the management of Sister Wilhelmina for over twenty years. Sister Rachel joined her in 2018 to help out with the constantly increasing chores. A cook, a laundress, a cleaner, and a day nanny as well as a night nanny all aid in the work. They all care for the children dearly; however; the work takes up all their time. That is why it is mostly the visiting Hungarian volunteers who play with the children.

The Residents of the Orphanage

The orphanage takes in abandoned kids, those who were orphaned at birth, as well as children of mentally ill or imprisoned parents. Rarely, but it can happen, that kids from underaged mothers come to the shelter until their mothers finish their basic education. Kids arrive not just from the neighbourhood but all over Kenya to St. Joseph Orphanage. Most of them stay until adulthood and get out of the system as a result of a job offer or marriage. Some of the lucky kids get taken in by a distant relative but the chances are still high that later they will be brought back to the children’s home. For a couple of years, the Sisters look after the children who are no longer in the orphanage, often helping them out. On holidays, many of those who have already left the nest come to visit the Sisters, sometimes with their own family, to spend their free time with their old community.

Miriam, the Bura Teachers College professor, had a good relationship with the Sisters: she regularly visited the children and made friends with us as well; we had good talks. During our visit in 2007, she forwarded to us the locals’ request: to include their children in our work, providing them with professional supervision while the parents are away, but most importantly: three meals a day. The Sisters were open to the proposition and offered to welcome their children in the smaller building next to the kindergarten, which was previously used as a storage room and for drying the maize. We freshened up one half of the building, cut windows in it, and hired Prudence, the young teacher. That’s how the Little Angels Kindergarten started in 2007. Because the headcount kept increasing, in 2009 we extended the building with a new room and hired more workers. The children’s number exceeds sixty; however, because they are mostly from very poor families, they can’t contribute financially to the kindergarten’s operation.

The St. Teresa Primary School, operated by the Sisters of St. Joseph, opened its doors in 2010. Today, it is the area’s best school to provide basic education. Our Foundation helped to get the necessary tools, books, development games, and contributed to the teachers’ salaries, as well. This way, we know the kids that go to primary school are in a good place. In the teenagers’ case, we find it important for them to attend a school that is adequate to their capacity, whether it be an institution providing professional qualifications, or a high school offering a diploma. Therefore, counselling together with the Sisters, we are choosing a school for every individual student that will offer them the best chances in the future. The best high schools, however, are private, so one of our main goals is to find sources for financially supporting the children’s secondary school studies. The sum of this is 350 thousand forints annually per student, which includes the school fees, tutoring, dormitories and meals, books, uniforms, hygiene products, and everything else that the students may need.

Based on our own experiences and on the opinion of the Hungarian doctors who have visited Kenya, there is a huge need, especially in the rural areas, to develop child health and hygiene care. We often experience it ourselves that easily treatable or preventable illnesses can cause serious consequences in the local children’s lives. The district nursing project provides a solution for this problem. Through this, Hungarian experts, primarily child doctors, travel to Kenya to share their knowledge, and their Hungarian and Kenyan experiences to the local nurses during a two-week training. The trainings are held at the Bura doctor’s office and at the nearby St. Joseph Shelter of Hope in Voi.

The nurses, who were trained in Hungary, will be equipped with the simplest medical devices used in Hungary which will ensure an efficient job for them.

Our Successes and Accomplishments

We installed solar panels: if something is not scarce in Kenya, it is sunshine. It came in handy to make use of the solar power. With the help of the Hungarian Ministry of Foreign Affairs, in 2015 we built a more than 2kW system. Due to that, the power cuts as well as the money spent on electricity were reduced. The environment-friendly LED lights provide better lighting than the previously used sources. The panels ensure warm water. 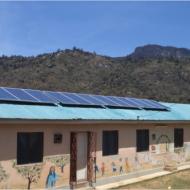 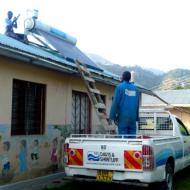 We built water collectors: there is never enough precipitation or water in Kenya. We entered a mini-project in the Kenyan Embassy that we won; thus, in 2008 we were able to build the orphanage’s own water tank that satisfies all their needs, so they do not have to walk for miles to collect drinking and cleaning water. One year later, we constructed a baby bath, renovated the bathrooms and the laundry, and installed English toilets as well.

The kitchen was also upgraded, and with the help of a German foundation, we finished the biogas plant. This way there is no need to spend money on firewood because the kitchen works with free and safe biogas. 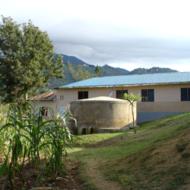 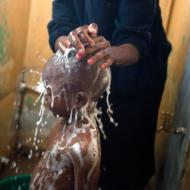 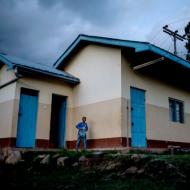 Library: of a great use for the older kids to study in a peaceful environment after school is the library room, created with the help of our foundation. At the same place, we established the “Digital Orphanage” project, in which Barnabás Hegyi collected money donations that were used to build a network connection in the orphanage and to pay for mobile net. In addition, he brought with him a used laptop and tablets to the orphanage that had educational-teaching and skill development applications downloaded to them in English and in Swahili. 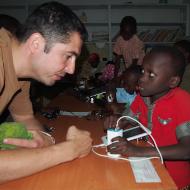 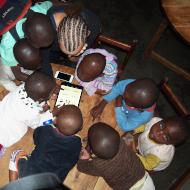 Playground: it was in our plans for nearly four years to build a playground, then thanks to the support of Vodafone Responsibility, it came true, for the greatest joy of the children. With their nanny’s supervision, the kids can conquer the playground every day. On the weekends, most of the kids from the orphanage and many toddlers from the neighbourhood also spend their afternoon on the playground. 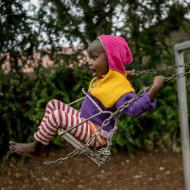 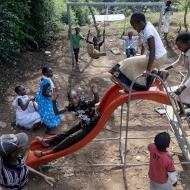 We protect the children’s health: the kids suffering from long-term illnesses are brought to hospitals by our volunteers for regular check-ups and provided with the right medicines. For the babies, we dispensed formula powder, vitamins, and washable nappies. Every child receives their necessary vaccination and regular AIDS tests. We built bunk beds and baby cribs, this way everyone had their own sleeping place; and to protect them from malaria-carrying mosquitos, we erected mosquito nets over the beds and windows.

Up until 2017, two groups of doctors had been to visit Bura. They did general check-ups on the kids, and an optometrist provided glasses for those in need. Since then, they have been helping out from here in Hungary with validating the Kenyan lab results. 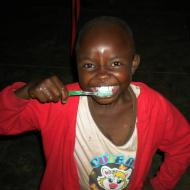 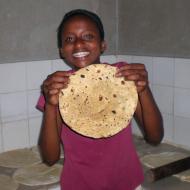 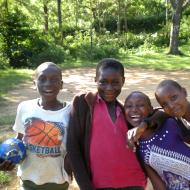